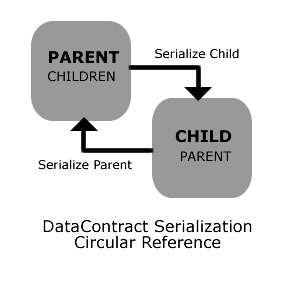 As a WCF Developer you've no doubt run into some issues with object serialization at some point or another during the course of developing your applications. Either during the course of pushing your entities through a WCF Service or by attempting to serialize those object for transit through other media. Recently I ran into some issues around serializing WCF Entities with Circular References (or cyclic relationships) between parent & child Objects.

A large percentage of our company's software work relies on moving a variety of object graphs around through WCF. These object graphs, often times contain self-references or circular references. The data we deal with is primarily related to the airline industry; specifically crew & flight schedules. It contains complicated tree structures of data with information on the flights crew-member's fly, the duties (work-shifts) those flights belong to & the pairings, those duties are contained within. (A pairing is airline industry parlance for a collection of Duties organised into a longer 4 or 5 scheduled body of work for a crew member. Confusingly, it is not necessarily a Pair of anything).

In order to allow us to more easily navigate these object graphs, we populate a number of helper properties on the entities to allow us to traverse up and down the graph with ease. The following is an extremely simplified example of what gets populated in our Crew Schedule "Roster" Object Graph and shows the relations ships between the three previously mentioned domain entities.

Of course, this makes for some interesting cyclic situations when both the parent objects & contents of the child collections are cross-wired to one another and we want to serialize those objects for use through a WCF Service. 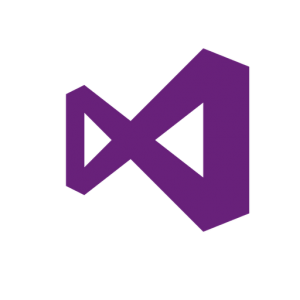 Last week, I took the leap and upgraded my work machine to Visual Studio 2012 and it's been very smooth sailing so far. The installation for starters was a breeze and there are a number of improvements & new features that Ive been very impressed by straight out of the gates.

I'm a big fan of the Dark Color schemes in the my IDE and a long time user of the Son Of Obsidian style in Visual Studio 2010 so it's nice to see some first-class support for dark, expression-blend style themes in VS2012. Open the Tools Menu, then Options and the Color Theme is the very first choice on the General Tab. 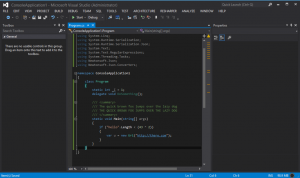 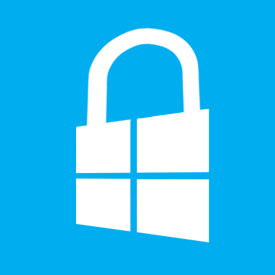 Windows 8 RTM was released last week and since Rainmaker are MSDN Subscribers, I decided last Friday during a quiet few hours that I'd upgrade my work/development laptop to the new OS. It has not been going smoothly. Here are a few of the problems I've run into so far.

So right now I'm 5 hours into what will probably end up being an 8-hour full disk decrypt. Fingers are tentatively crossed that once the disk is decrypted the Windows 8 install will happily continue on where it left off. Optimistic?

That went surprisingly smoothly in the end. Once the TrueCrypt Disk Decryption finished and the machine rebooted, the setup processed continued exactly where it had left off and completed without incident. Shiny new Windows 8 Install. 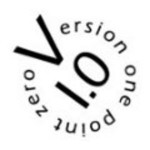 Over the past few weeks I've been working on a new project in our company which involved building a number of inter-dependent assemblies, "strongly naming" them and installing them into the Global Assembly Cache. Over the course of the project, I was forced to look at a number of issues related to assembly versions, solution organisation and the deployment of assesmblies in a developer environment.

So given that it's been a while since I wrote anything vaguely technical, I thought I'd document some of these issues down.

I ended up having an extremely brief chat with Joel Spolsky recently in one of the Stack Exchange chat rooms. We learned, among other things that he'll only return to Dublin when "the heroin addicts promise not to yell at him for eating fish and chips in a park near Christchurch" and that he'd like to "sing a duet of 'Anything You Can Do, I Can Do Better' from 'Annie get your gun' with Jeff Atwood". But probably of more relevance to technology & programming, I was asking him did he still consider The Joel Test an accurate barometer for grading a software development team.

The joel test is still a pretty good test; there's not much in there I would change.